Not as Fin as I was

I couldn't help myself.  I'm back in the space lanes flying around.  The Corp I was in is no more but I think I like this better.  No concern about war decs or low sec PVP.  Just logging on and doing what I feel like without having to worry about devoting resources to an endeavor I don't truly support.

Today was a little interesting, had a discussion about PVE, PVP and how the devs could cater to both styles more than they currently do.

I have distilled my hopes for PVE into two changes I'd like to see happen although I doubt they will happen.  The first is make a flag so a person can agree to PVP in hisec or not.  This won't change anything to people who prefer the risk, but for those who just want to relax and do some spaceship flying it will mean a lot.  This will never happen in the game, but I can only imagine how many gamers would play Eve if this was an option.  The second change is make another level of difficulty into missions so that they require 2-3 ships at minimum.  Some missions already have this type of requirement, but they are sometimes few and far between.  What I'd like to have is the ability to only choose this type of mission to provide more difficulty when I'm in the mood and push me to get better at playing the game outside of PVP.  Currently incursions are the only other option and they just require too much time to run consistently.

I know this is a short post, but I wanted to get it onto the blog.
Posted by Ruareve at 14:38 1 comment:

I quit Eve a few months back.  No announcement or anything like that, just cancelled my three accounts and like a ship without power I faded into the darkness of space.  Then I saw the recent news about the biggest fight in Eve history and I read Jester's take on the even so now I want to make a post.  No it's not about the fight, but rather why I left Eve.

The biggest reason I quit my accounts is simply that I was not receiving enough value from the game to justify the cost.

No not the challenge of PVP because that was very challenging but rarely was I involved in a fight that was fun.  Either we had more numbers or the other side had more numbers and eventually the other side escalated to capital ships (to include supers once) and there wasn't any true fun in getting roflstomped.  I didn't PVP to conquest new territories or to wrack up a kill count.  I PVP'ed because it was fun and I liked helping out my Corp and Alliance.

The challenge that I ran out of was PVE.  Incursions just weren't that much fun due to the distance needed to travel and the coordination required.  Sometimes I felt like going through the effort but most of the time I just wanted to spend an hour or two completing missions by myself.

No it's not very MMO, but that's how I wanted to play and plenty of other games cater to just that very notion.  Then again, how MMO is being out in a belt somewhere ratting or mining?

When I look at all of the MMO's I've played over the years the single biggest difference between them and Eve is the fact the other games provided lots of solo PVE content.  Now I realize some people will immediately point to missions and say "you can do lvl 4's solo easily".  And I will agree with you, lvl 4's can be completed by a single ship, but it's not all that fun and it's definitely not profitable enough to enjoy the game.

Which is why I flew three ships at once, to make missions profitable, but in so doing they also became incredibly boring.  So I was left with nothing but monotony when I yearned for challenging escalations in the missions.

I wanted to have something that required multiple ships to complete.  I wanted to have a mission that truly challenged me, rewarded me, and didn't force me into low sec.  I also realize that is a lot to ask of the Eve developers because they don't like players like me.  They only want "hardcore" folks who are all about turning on your friends, blobbing, piracy, and pretty much anything else that is considered inappropriate behavior in most games.

So instead of hardening up, I simply quite, and took my three accounts worth of monthly payments elsewhere.
Posted by Ruareve at 22:35 No comments:


I haven’t posted anything in a long time but my hiatus is soon to be over.  I’ve been keeping up with Eve while I was gone and one of my favorite subjects has come once again to the forefront of conversation; should high sec be truly safe or not.

I’ve posted on this subject before but time changes all things and so to have my thoughts on the subject.  Well, I still think high sec should be safe for the game to expand i’s player base, but a lot of the other details have changed.

All games evolve over the years.  Some better or some worse.  Eve has changed some but the core concepts are still the same since I started playing three years ago.  Sure the ships are being adjusted and there have been a few changes here and there, but for all intents and purposes it’s the same game.

During this time the average number of players logged in has remained fairly stagnant.  Which indicates that while subscriptions might be up the people actually playing the game is the same.  The game essentially isn’t growing and I believe the reason behind this lack of growth is due to the hostile nature of the game casual players can't escape.
Read more »
Posted by Ruareve at 06:48 No comments:

Earlier today I did a post about Exhumers and the changes from the patch.  I went ahead and worked up some builds for the Mining Barges (Barges) as well.  The Barges have much lower EHP but I was very surprised to see the output is very similar  or higher to equivalent Exhumer builds.  Combined with the ability to insure on a T1 level and Barges might just end up being the ship of choice for mining in high sec.  For now I'll just list the builds.

A while ago I made a post about CCP fixing the mining ships by giving them some tank.  This week they put in the patch to make some significant changes.  One hull has a great tank with the smallest amount of yield.  The next hull has huge ore bay, medium tank and medium yield.  The last hull has the best yield but limited tank and an ore bay big enough for only one cycle requiring some kind of fleet support.  In theory this type of division sounds pretty good, giving each hull it's own role and providing options for miners to choose what fits their play style the best.

For the ice or gas miners there are no longer innate bonuses for those activities, instead there are two new rigs which boost ice or gas output but you can only fit one at a time due to calibration costs.

I'm swiftly approaching my first Capital specific skill training and it's time to talk a little about my initial thoughts about Capitals (Caps) and what I think will need to change in the future.

When I started playing EVE I did some research about the ships, empires, and general background.  It's something I do for pretty much every game I play.  As I was reading one of the ship classes that captured my imagination was Carriers.  The thought of sending a flight of fighters out to engage the enemy conjured up images of Battlestar Galactica, Wing Commander, and Space: Above and Beyond.  Once I started playing and found out the reality of the game I realized getting a Carrier was something a long way into the future.

The future is no longer a long way away though.  I should be flying a Chimera or two by spring of next year.  I could have made the transition to capitals faster but I took some good advice to work on the basics before even thinking about caps.  Thinking about caps is something I've been doing a lot of lately and I'm looking forward to the experience.

The last blog post talked about T1 cruisers with a promise of more to come.  Now it's time to dive into the aspects of T2 cruisers and see if there are any changes which might help.  Once again I'm not touching anything Amarr.  There are four groups of T2 cruisers; Heavy assault ships, Heavy interdictors, Logistics, and Recons.  HIC's and Logis are already in good shape and I'm not sure there is any need to dig into them for corrections.  Instead I'm focusing on HACs and Recons. 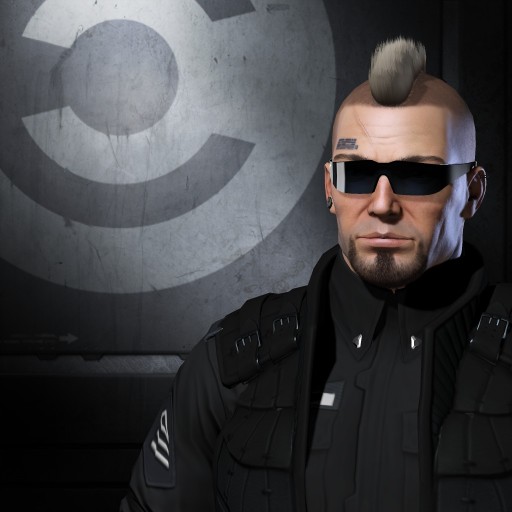 Ruareve
A carebear beginning to explore the world of PVP while still living in high sec.